While forecasters aren't expecting any major snowfall in southeast Wyoming over the next few days, a Cheyenne-based meteorologist says a white Christmas is still a possibility.

Townsquare Media of Cheyenne reached out to Cheyenne weatherman Don Day Jr. on Friday morning to ask about the possibility of snow by Dec. 25. Day is the founder and President of Dayweather Inc.

Here was his response:

''There is a colder trend developing by late next week (Friday/Saturday) that might bring some snow, a bit far out to be sure."

While we don't know yet about a white Christmas, we can say one thing is in our forecast over the next few days--wind. That's according to the Cheyenne Office of the National Weather Service:

Those making plans for holiday travel next week, here's your forecast for southeast Wyoming and Nebraska Panhandle. Strong winds are the primary story, with at least two prolonged strong wind events possible. First will be over this weekend, when we could see strong winds in the wind prone areas (Arlington, south Laramie Range and Bordeaux). Next period of strong winds looks to be Monday night into Tuesday. Finally, there could be another strong wind event Christmas Eve that could impact your plans. Keep an eye on the forecast for next week and stay tuned to later updates in the forecast. 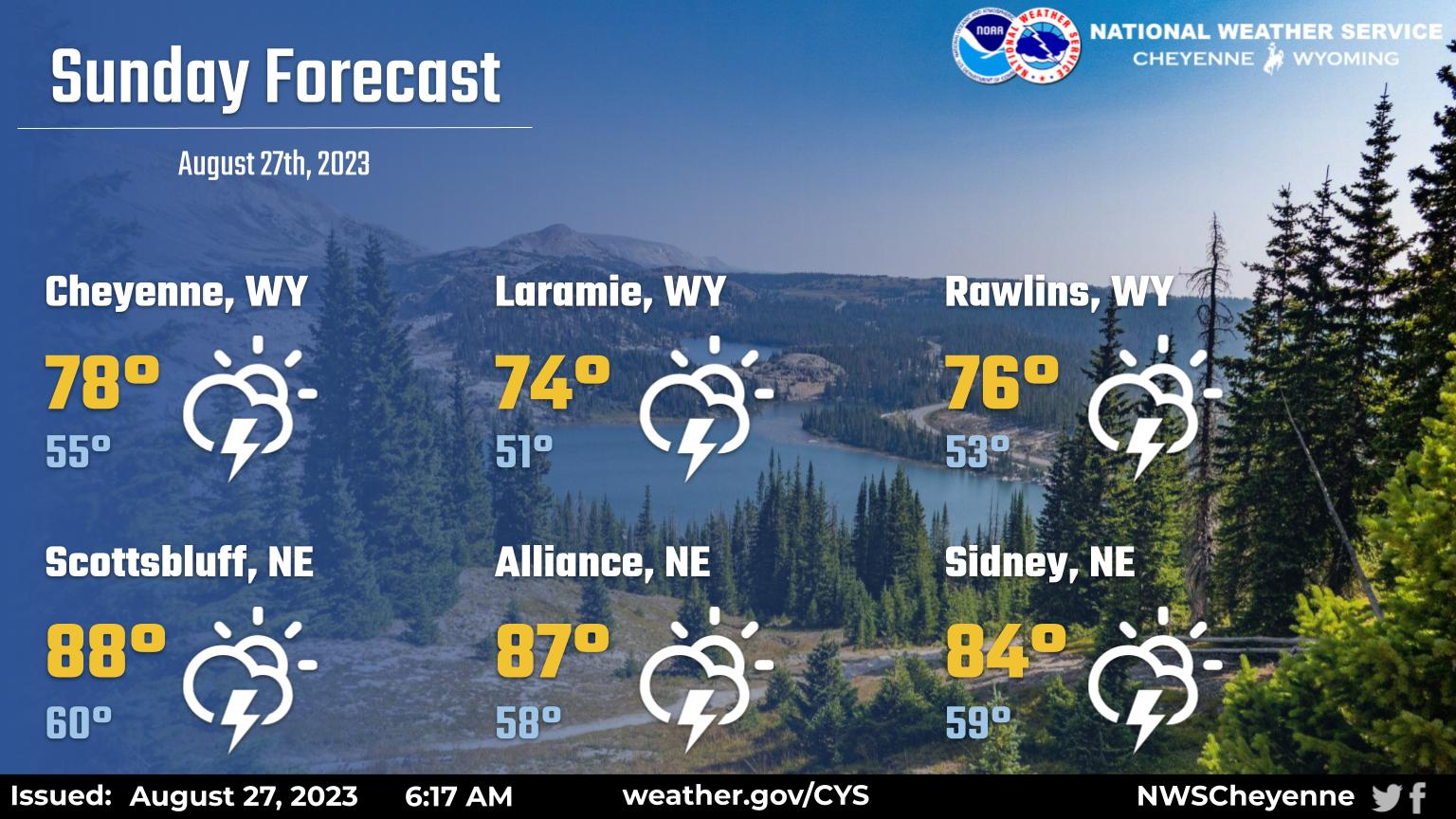